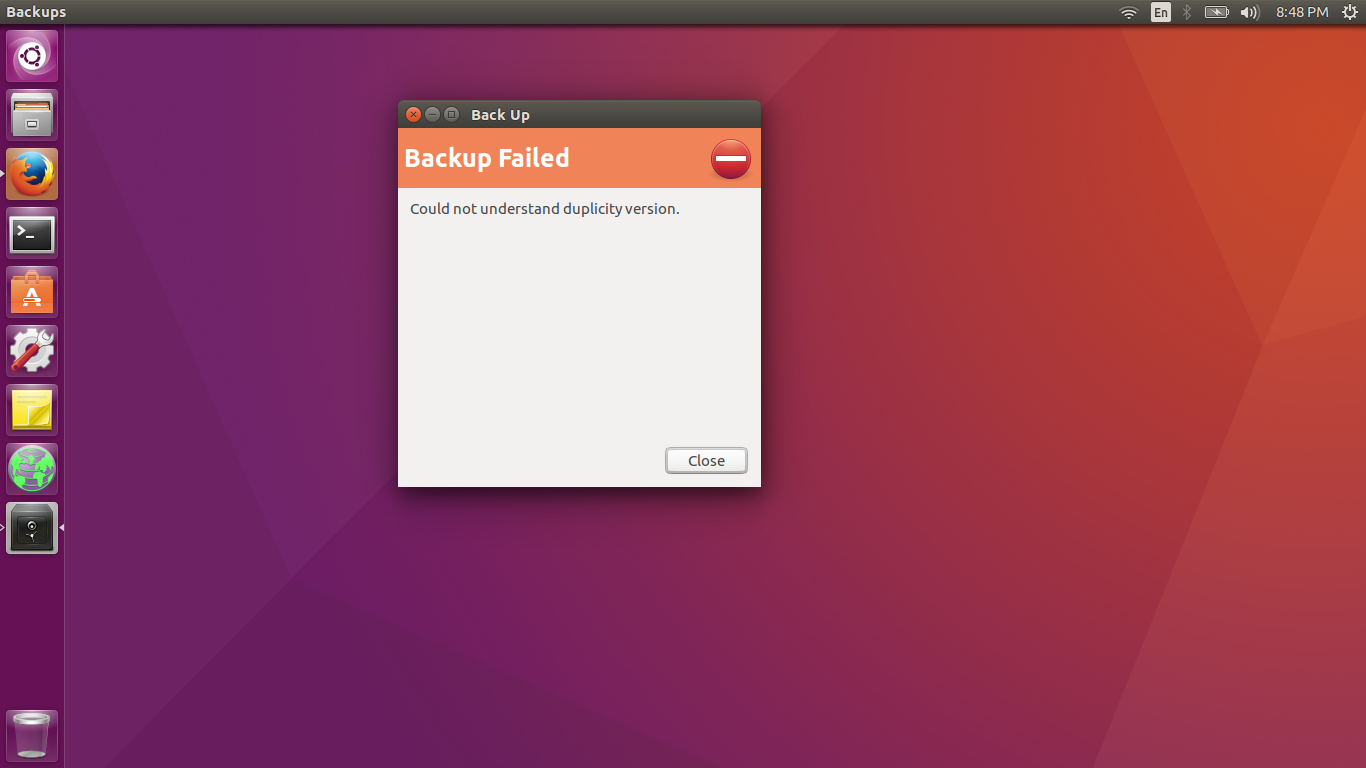 I'm running Ubuntu 16.04 LTS. I'm getting an error message that pops up quite often saying, "Could not understand duplicity version".

I tried using apt-get update && apt-get upgrade but in vain.

You can diagnose some of the problem from the command line with:

You will likely get a Python import error. You can try to install the missing package mentioned with

For me, I got ImportError: No module named duplicity, but installing from pip didn't work.

but that didn't work for me either.

In the end I traced it down to a custom virtualenv command I had added to my ~/.profile file, which ultimately modified the $PATH and must have meant that duplicity wasn't running under the system version of Python.

for a path that might have an alternate version of the Python executable.

Removing that call to source ~/.virtualenvs/customve/bin/activate from ~/.profile and rebooting fixed it for me.

Note: that custom virtualenv activation command was fine in Ubuntu 14.04, possibly because that distribution was on an older version of Python so there was no confusion?