Why does my new version of Firefox only run from the GUI but not the terminal?

This all started when I wanted to get rid of the title bar in Firefox. I looked up how to solve this and all the answers gave a simple solution along the lines of "check this box in your customization menu". However, that box didn't exist for me. Luckily, I discovered a post addressing this issue:

So I followed the suggestion, downloaded the .tar.bz2, extracted it, and ran it through the GUI. 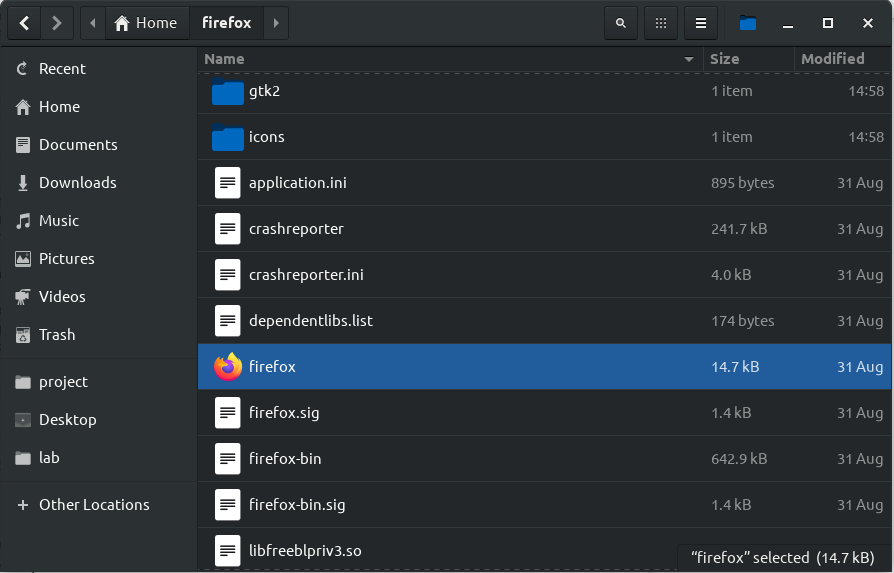 Success! This version of Firefox allowed me to check the box to hide the title bar. I went about editing the .desktop file's exec line to point to ~/firefox/firefox so the dock icon would run this version. I opened FF from my dock panel, but it had opened the snap version. Odd... I tried running ~/firefox/firefox from the terminal, but it opened the snap version again. I checked my sanity and opened it from the GUI, absolutely sure it was the same file, and it opened the new version correctly without the title bar. It seems the only way to make it run correctly is through the GUI.

Does anyone have some guidance to fix this? I'm at a loss.

I solved my problem. Instead of deleting the question, I will answer and leave this up in the chance that someone else has a similar problem. All it took to fix was a logout and a login. Why does this work? I don't know, but my educated guess is the launcher path is determined at login time. If anyone knows more about how this works, feel free to educate me. For now, I will mark this as resolved.