I am using Ubuntu 18.04.1 version and now wants to use Windows 10 as well. I have downloaded WoeUSB to create bootable USB for Windows, but I'm getting the below error message when installing. Before this step I have formatted the USB as NTFS.

Rather than using WOEUSB, try using a piece of software that I can confirm to work, called MKUSB (also known as "Do USB Stuff" / dus). (Ubuntu Wiki pages: MKUSB, MKUSB GUI)

There may be versions of this in the repositories already, but I prefer to have the 'latest' so I keep using the PPA, which is why I indicate to set up the PPA on your system specifically here.

First, install the MKUSB PPA so we get the latest MKUSB version:

Next, run mkusb. It'll ask you if you want to run the version called 'dus', we want to hit Yes at that screen. 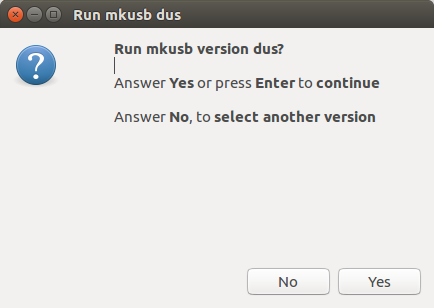 It will open a terminal window for the console output, which is very useful to have so you can see the progress of the write tasks. 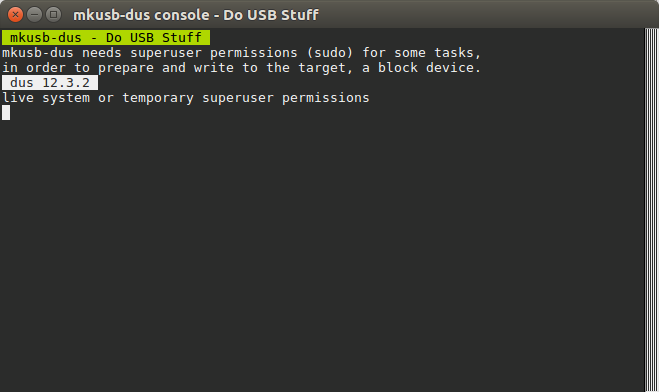 It should prompt you for your sudo credentials as well, however I'm running this from a Live USB at the moment so it doesn't prompt me, it just goes to the next screen in the GUI: 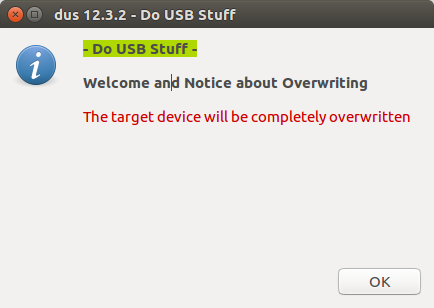 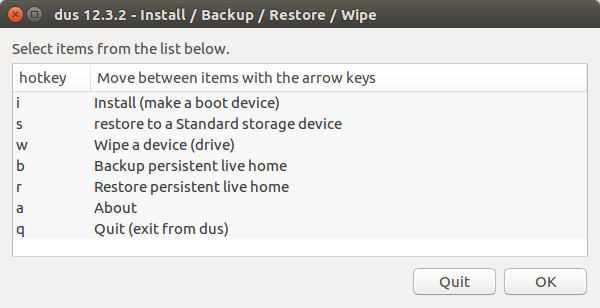 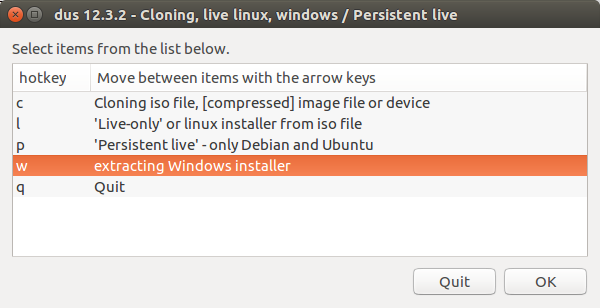 It will then open a page asking you to navigate to the ISO. Go to the ISO file, select it, then hit OK.

It'll then ask you to select the device you want to write to. This will overwrite all data on the selected device, so make sure you select the right one (in my system, /dev/sdc is the USB stick I'm going to put the Windows installer disk onto)

Click "OK" and it'll confirm you want to begin the write process.

It'll list the tasks it wants to do, and ask you if you really want to do this. Select "Go", then hit "Go" when you're ready for it to run.

The console window will gain focus and you can watch the 'progress': 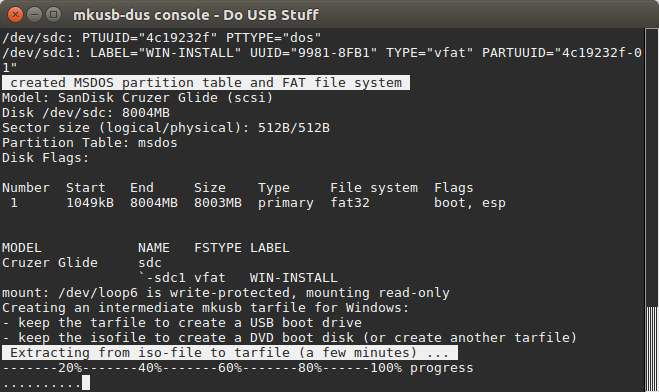 This will take many of your system resources and will result in some slowness on your computer at times, so you might want to go get a coffee or read the newspaper or take a quick walk. This will take some time to complete, because it clones the ISO to a tarball, and then extracts the tarball to the target device.

When it's done, the GUI will return with this screen if it successfully created the disk: 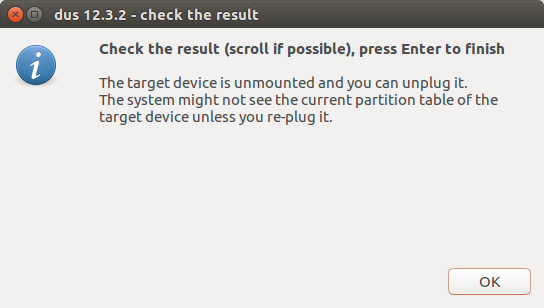 Hit OK, and remove the disk from your computer. You can then shut down and boot to the installer USB stick that was created.

A warning: Once you install Windows, you will then need to boot to a LiveUSB for Ubuntu, and follow the steps to run Boot Repair (the link is from the Ubuntu Wiki) in order to restore Grub so you can boot into Linux again. Otherwise, you will only be able to boot into Windows (this is why Windows is typically installed first before you install Ubuntu).

The Windows 10 install image is going to need NTFS, not FAT32.

WoeUSB GUI freaks out because the image is larger than the supported ISO file format supposedly - but will work from the command line.

Assuming SDD is your USB stick, first format a partition on it for NTFS. This partition will be SDD1, but in the command line you put the device, not the partition like so:

That command line worked perfectly for me to create a Windows 10 bootable stick from the Windows image download from Microsoft's site.

Format the USB drive as FAT32 (or whatever it may be called by your formatting program... just try all containing FAT) and simply copy all the files from the ISO to it.

UEFI BIOS'es can boot from FAT32 partitions - they will try to find a file efi\boot\bootx64.efi or efi\boot\bootia32.efi (not case sensitive) which you will notice is present on your typical Windows or Linux installation ISO image.

It is as simple as that nowadays. No need to use a special program that overwrites the boot sector anymore.