I follow the official Android guide here but I cannot start the emulated device. It keeps saying PANIC Cannot start device... as below screenshot.

Do you have the same problem and any work around for me? 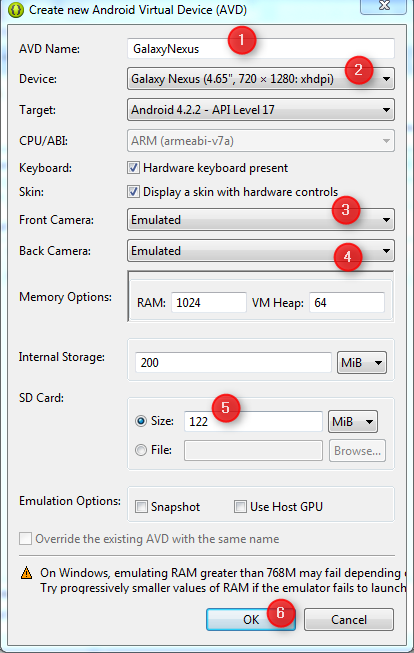 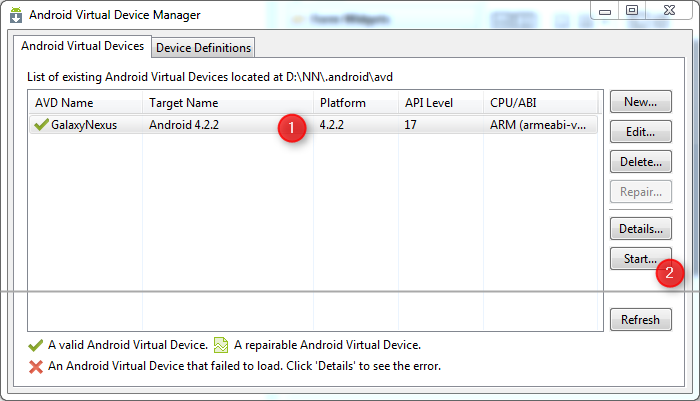 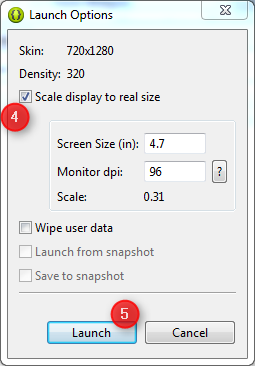 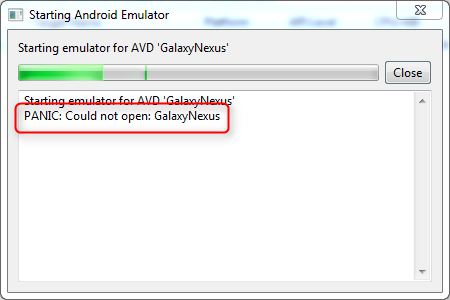 Note The <<Administrator>> means the name of your Windows account; it is where resides the folder which contains your .android directory

As a work-around, you can define the environment variable ANDROID_SDK_HOME to point to the directory containing your .android directory. The emulator and SDK Manager will pick it up properly.

Also you should check that the AVD is created in the location D:\NN\.android\avd (check in your screenshoots, just above the list of AVD, the path in List of existin Android Virtual Devices).

Uncheck scale display to real size, It will work for you, Or try to lower the Screen size column.

I faced the same problem, which nearly drove me crazy. System: Win7 64Bit, Eclipse/ADK 64 Bit, JRE7 64 Bit - latter copied from C:Programs\Java\ as "jre" under the Eclipse folder... (finally Eclipse started). How I solved the lacking start of the Emulator with an android virtual device:

to the "usual" Location, where Eclipse looks for it, to

This enabled me to : Start the virtual device and to load the Hello World example from Eclipse into it.

What did not help:

Eclipse does not seem to search for such environment variables, but obviously rather relies on the presence of all of the files in the Windows default locations of the user's personal data.

There are 2 things that you can do to get it over with.